Monterrey: the most advanced region in Mexico

Boasting a highly qualified workforce and excellent growth prospects, the industrially advanced Monterrey is an obvious choice for international businesses keen to enter the Mexican and wider Latin American markets.

“Monterrey and the wider Nuevo León state is known as the most advanced region in Mexico,” says Mauricio Brizuela, managing partner at Salles Sainz-Grant Thornton Mexico.

“The state’s economy grew by 4% in 2017 and 3% in 2018, and its proximity to the United States means Monterrey plays an important role as a strategic logistics point for trade between the US and Latin America.”

Monterrey’s current status has been built on its history of industrial activity, coupled with the region’s ability to promote competition and its highly productive workforce, Brizuela says.

“Nuevo León is a breeding ground for skilled workers and professionals,” he adds. “There are 100 universities in the state, which help to provide the workforce for the many foreign companies that have been established here.”

These include toy manufacturer Lego, which arrived a decade ago, and Mondelez, a division of Kraft Foods that set up the world’s largest biscuit plant in Monterrey. In 2016, KIA Motors also opened a USD3 billion production plant in nearby Pesquería.

In addition, half of Mexico’s 20 largest businesses – including construction material specialist Cemex and conglomerate Grupo Alfa – have headquarters in the Monterrey region. And the influx of foreign and domestic investment shows no sign of slowing.

A recent report published by Nuevo León’s Instituto Nacional Innovación y Transferencia de Tecnología (National Institute of Innovation and Technology Transfer) suggests that Monterrey will have the highest level of gross domestic product (GDP) in the whole of Latin America by the middle of the next decade.

The local government supports foreign investment with incentives ranging from subsidised land, training programmes and lower payroll tax rates depending on the amount of new employment created or the level of investment planned.

“The Law of Economic Development of Nuevo León, which was approved by the local congress in June 2019, comprises a selection of incentives to attract national and foreign investments,” Brizuela explains. “For example, companies could get a discount worth as much as 95% of payroll tax for up to five years.”

He adds: “Mexico as a whole has a network of 12 free trade agreements with 46 countries, most notably USMCA – the deal designed to replace NAFTA – as well as 28 agreements on reciprocal promotion and protection of investment, and nine further trade agreements.”

Monterrey and Nuevo León also boast excellent transport infrastructure to support trade with the US. The Laredo Colombia-Solidaridad bridge links Nuevo León and Texas, and the Center for International Trade Facilities (CEFACIL), annexed to the bridge, plays a significant in role in expediting the movement of goods between the two countries.

A gateway to Mexico and Central America

It’s not just Mexico’s trade agreements that are attractive, as the local market offers significant opportunities for incoming businesses. Brizuela points out: “Monterrey and its metropolitan area are growing at an accelerated pace, with full employment, and income and average spending levels higher than those in the rest of the country.

“And this is a great place to gain a foothold in the Mexican market: the Doing Business in Mexico 2017 report placed Monterrey City as number one in terms of facilitating the opening of a business.”

The government support and available workforce make Monterrey an attractive gateway for businesses looking grow in the region. To learn more about how to break into Latin American markets, contact Mauricio.

Global trade
Changing patterns of global trade
Explore the opportunities to trade beyond domestic markets
Visit the Global trade hub
Also appears under...
Cities driving trade Singapore: the hub where east meets west While Delhi and Mumbai may have captured international attention with their wealth and prestige, Chennai has spent recent years quietly building a reputation as the optimal place to do business in India. Read full article 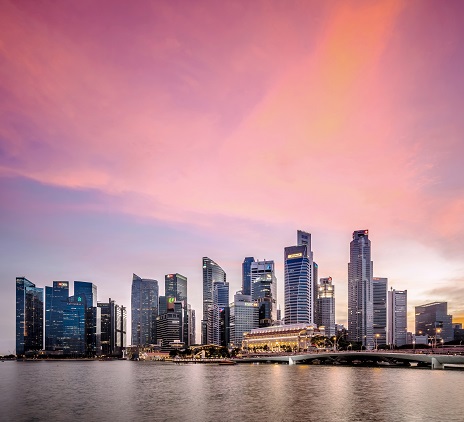 Cities driving trade Chennai: open the door to India’s markets While Delhi and Mumbai may have captured international attention with their wealth and prestige, Chennai has spent recent years quietly building a reputation as the optimal place to do business in India. Read full article

Cities driving trade Manchester: opportunities in Britain and beyond A successful process of regeneration over the last two decades has helped Manchester build on its history as a trading and manufacturing powerhouse. It has now become an important gateway for businesses looking to access not just the UK market, but also Europe and even North America. Read full article