Manchester: opportunities in Britain and beyond

A successful process of regeneration over the last two decades has helped Manchester build on its history as a trading and manufacturing powerhouse. It has now become an important gateway for businesses looking to access not just the UK market, but also Europe and even North America.

“For some time, Manchester was hamstrung in a way by its industrial heritage and the fact that it was synonymous with the industrial revolution,” says Carl Williams, Grant Thornton UK partner. “The city was steeped in manufacturing, especially textiles, and the decline of that sector had a considerable impact.”

But the regeneration that has taken place in Manchester since the start of the century, under the leadership of Sir Howard Bernstein, chief executive of the city council, has been dramatic, Williams adds.

“Bringing the national broadcaster, the BBC, up from London to Media City in Salford has been a massive step forward, not just in terms of employment but also leisure and tourism, and property development,” he explains. “And the city has two hugely successful sports teams: Manchester United, who are a major global brand, and Manchester City who, under their new ownership have played a significant part in regenerating eastern suburbs like Ancoats and Beswick.

“The council has also been quite visionary in the way it has gone about marketing the city to international investors.”

There are now a number of what Williams describes as world-class businesses that have decided to locate themselves in and around the city. “Siemens has a large presence here, for example,” he says, also noting that there are more private-equity firms in the city centre than anywhere in the UK outside London and there is a thriving professional services sector to help generate those deals.

To add to the attractions for foreign businesses, recent investment in the local airport has helped transform it into a regional hub. “You can now travel to most parts of the world direct,” Williams says. “And Airport City has been developed into a leading base for logistics and advanced manufacturing businesses.”

Manchester also offers easy access to London and the southeast of England – the capital is just two hours away by train. But it is a much more affordable area as far as property prices and the wider cost of living are concerned, he adds.

“Businesses based here also have access to a large population across the north-west and Yorkshire: that appeals in terms of the potential skills base, as well as the cost of that skills base.

“There is a lot to commend the lifestyle here as well: you’ve got some amazing countryside, and high-quality education on your doorstep.”

A springboard into Europe and the US

Some companies from India and China are using Manchester as a stepping stone into European markets and even into the likes of the United States and Canada, says Williams. “The UK is still seen as a strong market in a lot of areas – and it is clear that the recent decline in currency value has made it even more attractive to invest here. We can offer a fantastic opportunity in terms of return on capital and access to skills.”

The development of Media City has seen a rise in the number of businesses in that sector, while advanced manufacturing – the likes of aerospace components and graphene – play a major role in the local economy.

A great route into the UK for a diverse range of businesses
“There is also a thriving technology and startup scene that has grown out of the local universities and incubators like Alderley Science Park. But one of Manchester’s strengths is the diversity of its economy,” Williams explains.

Any business interested in setting up in Manchester should consider contacting the inward investment agency MIDAS, Williams says. The organisation has dedicated outreach teams for Indian and Chinese firms, for example, and a strong focus on helping businesses integrate into the local economy.

As Manchester reinvents itself, it is becoming even more attractive to businesses around the world looking to expand into the UK and other European markets. To find out more about establishing your business in the region, contact Carl Williams.

Global trade
Changing patterns of global trade
Explore the opportunities to trade beyond domestic markets
Visit the Global trade hub
Also appears under...
Cities driving trade Singapore: the hub where east meets west While Delhi and Mumbai may have captured international attention with their wealth and prestige, Chennai has spent recent years quietly building a reputation as the optimal place to do business in India. Read full article

Cities driving trade Chennai: open the door to India’s markets While Delhi and Mumbai may have captured international attention with their wealth and prestige, Chennai has spent recent years quietly building a reputation as the optimal place to do business in India. Read full article

Cities driving trade Monterrey: the most advanced region in Mexico While Delhi and Mumbai may have captured international attention with their wealth and prestige, Chennai has spent recent years quietly building a reputation as the optimal place to do business in India. Read full article 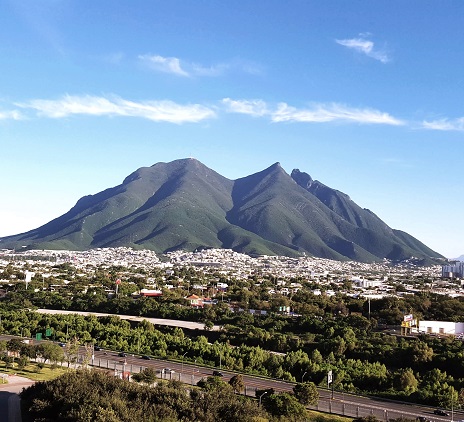